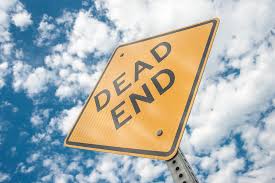 Day 60, or so. Outlook remains bleak, though the gravity of light keeps tug tug tugging away at the few remaining remnants of hope; resurrecting delusions of grandeur that were long dead and buried (Can't they just STAY dead?)...

I'm in kind of a floating state at the moment. It's a strange mixture of desperation and dread, blended in with just a bit of cheery-eyed optimism (blech!).

Unemployment, as the government terms it, continues to teach me things I never thought I needed to know. For example:

I've had several in-person, in-office interviews since the Great Lay Off, and each one seemingly went according to plan. Dressed up in my Sunday Best, fully shaven and supported by the best attitude I could muster, I represented the professional idea of myself with the utmost professionalism, answering questions (somewhat) honestly, thoroughly and within the parameters defined by the Wise Sages of Job Candidate Protocol so many years ago.

Yet, as well as each interview felt, as articulate as I sounded, as engaged as I was and as positive I had been of securing each respective position (however much I actually wanted it or not), the results were disappointing, perhaps even soul-crushing. What I thought was "in the bag" ended up getting loose and running into traffic.

And as per the usual, I didn't learn of the tragedy, in each respective case, until days, even weeks, following. Decisions were made behind closed doors and miles and miles away, with nary a phone call or courtesy slap.

I guess what I'm trying to say is, I took each in-house interview for granted, to the point where I believed them to be mere formalities. And though I did my best to look and sound, well, my best, I (apparently) fell far short of the goal-line.

Perhaps worst of all, the effort that preceded each interview was all-for-naught (or not at all, however you choose to see it).

Skills (and skills "tests") Mean Nothing

Prior to each interview "opportunity," and to varying degrees, I was required to complete skills evaluations; to second guess the skills, credentials and talent I had/have acquired/refined over the past 10 or so years (a very important yet agonizing first step in the hiring process), and to make actual guesses as to how those skills could and should be condensed and presented within the parameters of a corporate quiz format, so as to pass muster with the ever-so-discerning hiring managers responsible for their review...

Some tests were designed to test the applicant's actual skillset, while others were meant to evaluate comprehension (Can YOU think critically, yet not TOO critically, within a bland, spirit-crushing corporate environment?).

Needless to say, this is the "effort" one must put forth to achieve even the slightest glimmer of hope of obtaining an interview with some witless twerp 10 years your junior (not that age has anything to do with intelligence, but you tend to get a little jaded the closer you get to 40). Each "effort", which required hours of my time, effort and stress/anger/nervous twitching, resulted in an interview, which, as previously stated, resulted in the death of yet another part of my soul.

The Candidate Evaluation Process is Fucked.

Yes, nothing is perfect. And yes, there does probably need to be SOME way to filter out people not suitable for a given position.

Make it STOP! You've seen my resume! You've read my cover letter! I talked to your ENTIRE goddamn team for 3 hours, neglected my personal health and taken attention away from my wife and son for the off-chance I can level up with your "world-changing" organization! ENOUGH!

Recruiters Are WAAAAYYY Out of Touch

Each phone interview and email exchange I've had with a so-called "Recruiter" has fallen somewhere between mildly pleasant and vomit worthy. However, regardless of the quality of the transaction, or the subsequent result, I've noticed a canyon of separation between the individual and the organization they work for...in each friggin case.

Equipped with a computer screen and the instant analytics of "proven" resume filtering algorithms, the fresh-out-of-college recruiter, who themselves has never visited the company they actually work for, nor met anyone within its walls, ebulliently, sickeningly asks me why this position, their company, is the right fit for me.

And I must sit there and answer each one of their gut-wrenching questions as though it's the best, most fulfilling experience of my life.

Sure, they're just doing their job. But they are the gatekeepers. And they know NOTHING about the position they're recruiting for, the skills needed in the right candidate, or anything whatsoever about reality.

Some recruiters, in fact, work for third party companies with no actual affiliation to the organization they're working on behalf of. They are literally thousands of miles away, yet they are the people standing between curmudgeonly desperadoes like myself and gainful employment that will feed my family until the next heartache or financial disaster comes down the pike.

I hate you, recruiters. I really do. Nothing personal.

Hurry Up and Wait

Mired down in the Great Unemployment Mess, I continue to muck things up as I CHEW my way out and navigate back into the working fold.

At times, the world seems full of possibility, as though I somehow have control over my destiny and can do literally anything I want without the burden of a full-time job on my shoulders.

But most of the time, it's a miserable, time-sucking pit of soul-crushing despair; one that I must overcome each and every day, beginning with the attempt to justify the need for getting out of bed each morning.

Bring on the pendulum. My brain is cooked.

make love not war, or something,

Posted by Brandon Purdum at 9:35 AM No comments: