How to Make Pretzels in 3 Simple Steps

A hot summer day and time to decipher my thoughts.

Or write some flash fiction!

It was a mild summer night. Not the type you would expect in the midst of a soul-melting heatwave during mid-July.

Nope. It was milder than that...

Ok, enough of that. I had a notion and it's gone. It wasn't much of a notion. An inkling, perhaps.

The new style of writing is to eliminate bulky text and keep the writer engaged with snappy one-liners.

Not even Russian bots are crawling this blog page anymore, which has me a little concerned.


But back to making pretzels (in 3 simple steps, no less!):

1) Consider the pretzel. It's funny shape, it's salty, satisfying aftertaste. Are you considering?


2) Good. Next, strike all mentions of "that" from your text. Also, forget who you are for a sec.


3) Are you forgotten? Excellent! Now, onto something else. Making pretzels is an involved process, and with such an amazing variety of pretzel choices available at your local market, it's also incredibly pointless.


For other helpful tips and general run-around, tune into this blog page periodically.

And if you happen to be a Russian troll, bot, or other, please take a second to LOOK AT WHAT YOU DID.

SERIOUSLY, LOOK AT WHAT YOU DID. ARE YOU HAPPY NOW? DRINK UP, COMRADE.

IT'S GONNA BE A BUMPY RIDE. THANKS A LOT, PAL-SKI.

With an almost immeasurable amount of regret (I use the metric system, so it is possible),

Johnny Normal
Posted by Brandon Purdum at 3:27 PM No comments:

Well, there it is. After more than nine months doing the at-home gig, I'm about to re-enter the creative slaughterhouse known as Corporate Officedom.

What am I thinking?

It was on a whim, a "look at this" email from my wife, that I applied for this position; a process I not only put off for a couple of days, but that I refused to take very seriously, even as I was entering the second gauntlet of on-site interviews.

After all these months of applications and phone "screenings" and mindlessly pumping out freelance work to pay my half of the rent, I have received and accepted an honest-to-gawd offer to work for a faceless, money sucking company that offers bonuses and 401Ks and all kinds of perks that make the working man salivate and the perennial jokester just a bit more nervous. Being something in-between, I believe I may just have a complete and total nervous/midlife breakdown/crisis right here as I type.

Hell, I must have filled out 50 or so online applications in the first 3 months after layoff; a sort-of panicky response to having the carpet you walk on lit on fire just as you were getting comfortable feeling the fibers between your toes. I applied to anything and everything labeled "content;" it didn't matter that half the companies were bullshit startup creative agencies littered throughout the Western corridor and the other half soul-sucking corporate beasts looking for someone to prick a million times before they die.

I had interviews. I had second interviews. I even had a couple final interviews. Nothing panned out. I was left to ponder and pontificate, and to scrape what was left of my dignity off the keyboard I used to complete the SUPER WONDERLIC PERSONALITY test (which I failed, of course). I was only after putting myself through the ringer time and again that I began to accept and even enjoy my fate as a perpetual freelance writing jock; some hopeless freak pumping mindless (but carefully formatted!) made-for Web drivel into the digital nethersphere for pennies on the dollar.

It was beginning to grow on me.

My hatred for recruiters was fostered and reinforced continually. I was nearing the point where new job opportunities were for the suckers who relished corporate brainwashing and who didn't mind funneling their imagination into soulless, finely-tuned B2C garbage that has/had no purpose but to meet engagement and call-to-action benchmarks that have no real bearing on anything useful anyway.


Posted by Brandon Purdum at 1:45 PM No comments:

Anti-Social Media and the Art of Burning Bridges 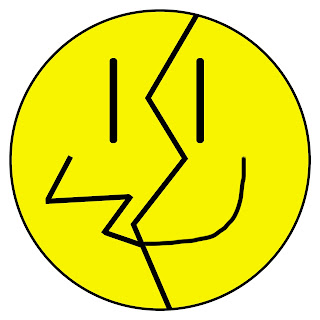 I've had it. I mean, not just with, like, society and stuff (I definitely can't stand that whole "surrender your identity to your corporate overlords and consume yourself to oblivion" idea), but with certain key elements of it that are really gnawing on my last bone here.

For example, I've had it with:

No, I'm not talking about the friendly local strip-mall marine stuck behind a desk who calls you six times a week during your final semester of high school. I mean, they suck and all, but at least they're out there harassing teenagers.

Not being a teenager anymore, I can definitely get on board with that.

I'm talking about the boneheads near and far who call me at 7pm on Friday evening to ask me "do you have time to talk?" about some blah boring ad agency/corporate middle management role and how low I might I willing to go to get the position that will inevitably kill what's remaining of my inner child, destroy my marriage, etc.

No, I don't want to give you my salary requirement. No, I don't have a passion for office politics. No, I hate brand development and I want you and them to fuck off. Tell me, how long have you been calling people at random about their interest in a position for a company you've never visited, let alone never heard of...

THOSE recruiters. More often than not, they're located 3+ time zones away and are working on commission. They CARE...about keeping their jobs, I guess.

Yeah. I don't know about you, but I can't turn the Goddamn phone off. I'm constantly flipping through my news app (like every 20 fucking minutes) seeking out the next salacious detail or conjecture coming out of Washington in hopes of learning more about how the whole screwfuck will ultimately go down (i.e.Will America survive the Cosmic Swirlee? Will we be buried in shit so long that we wake up smelling like collective death? News at 10).

I can't stop reading the news. It's all negative, but I can't stop. And there's no end of news with which to feed my longing for hypertension and paranoia. It actually IS eroding that inner child I mentioned earlier.

But instead of blaming myself, I'll just blame the news. I've had it with the news.

Give me more news, please.


I'd like to end it there, but since all good things and blog posts come in 3s...

Yeah, I said it. I know. I know. I'm a giant fucking hypocrite. But my quest to ultimately destroy the communications facade known as social media, as well as the next-level arrogance and self-righteousness it has spawned, is ongoing.

(tis' a nobler cause there never was, my lord)

I hate it hate it hate it. I don't know if I have anyone in my life I can qualify as a mortal enemy, but if I do, chances are they're all about expressing themselves on social media. I have friends (people I really do respect) who live on social media, as though sharing an update on their latest vacation or posting a politically charged meme was their only source of nourishment (spiritual or otherwise).

And yes, I've shared crap on it. I used to mock it. Now, I too occasionally feel the need to show people I believe in and care about stuff, for no other reason than to rub it in people's faces (I guess).

So, I am a social media tool-bag who detests other social media tool bags. I hate the social media echo chamber bullshit, where even the most interesting person gets sucked in, chewed up and flushed away, but I am often a most-willing, pig-sucking victim of garbage nonsense (I'm looking at YOU, David "Avocado" Wolfe).

Apparently, my desire for self-destruction burns across digital lines.

til next time, my lord,


Posted by Brandon Purdum at 2:56 PM No comments: